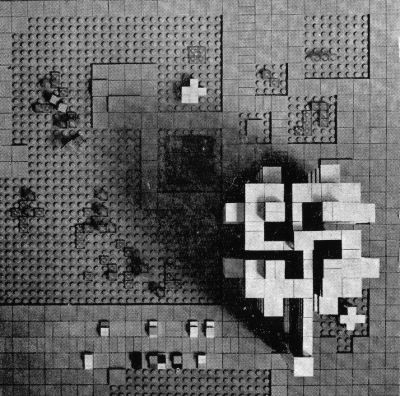 Mat-building is a low-rise, high-density construction which characterizes European architecture of the 1960s and 1970s. Th e term is coined by Alison Smithson and its paradigm is the Free University in Berlin by Candilis, Josic and Woods. Based on a strong internal order and indeterminacy in form, mat-buildings’ design is a combinatory method. In Spain, Rafael Leoz and Ricardo Bofill demonstrate the utility of this way of designing to conceive high-rise works. Th is paper addresses how these proposals anticipate some important aspects of contemporary architecture.

“Del mat-building a la ciudad en el espacio / From mat-building to the city in the space,” with Débora Domingo Calabuig and Jorge Torres Cueco. Boletín Académico 1 (2011): 54-62.