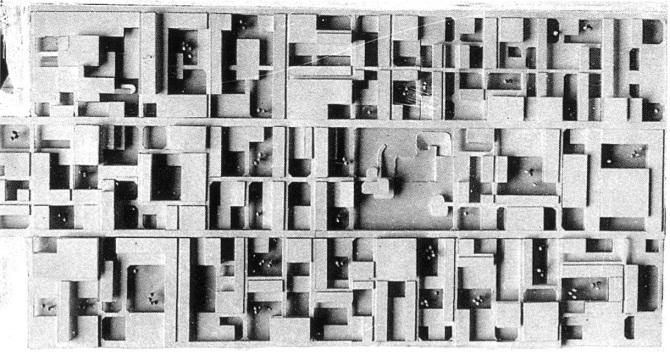 As a result of the debates held by Team 10’s major figures during the 1060’s, there arose a series of buildings which, years later, Alison Smithson would call mat-buildings. These are characterized by low-rise and high density constructions, defined by a web structure whose flexibility allows easy adaptation to programme’s changes. The Freie Universität of Berlin, by architecs Georges Candilis, Alexis Josic and Shadrach Woods, became the paradigm of these mat-buildings, a project whose gestation revealed the combined presence of the permanence and the alteration of its elements. The above terms, opposite in significance, are mutually needed here for the formation of the composite fabric, just as the warp of the weave remains stable against the variations of the weft in the weaving of a tapestry. This article tries to delve deeper into this work in order to reveal the details concerning its formal construction process.